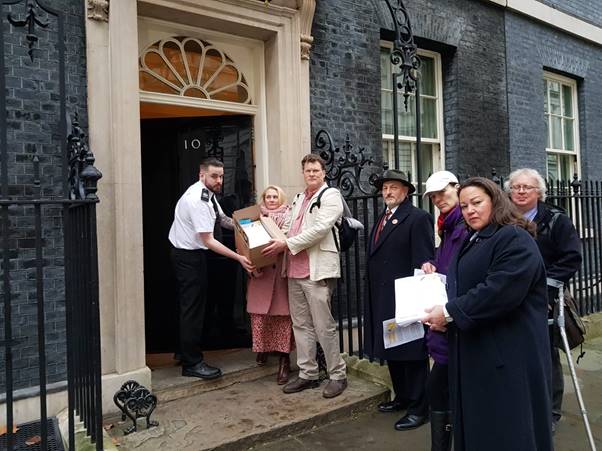 As of 23 January 2020, the 5G Space Appeal has been signed by 194,913 doctors, scientists, environmentalists , bee keepers and citizens from 204 nations. Let’s keep on campaigning and create a ground swell of resistance that the Government cannot ignore!

And thank you to the nearly 250 scientists from 42 nations who signed the 5G Appeal which has been given to the UN. All of these scientists have peer-reviewed papers on the biological or health effects of non-ionizing electromagnetic fields used for wireless communications. These scientists have criticised the World Health Organisation for not fulfilling its role to protect people.

Campaigner Chris Newton expresses concern over the increase in exposure to (non-ionising) radiation that occurs with the introduction of 5G wireless technology. It includes millimeter wave frequencies (microwaves) that are not well understood and also lower frequency 700 MHz waves that penetrate more deeply into the body.

The biological effects of pulsing millimeter wave radiation includes activating the calcium channels in cell membranes  which causes DNA damages amongst other things. He urges that the plethora of biological effects is why we must invoke the Precautionary Principle – particularly in the light of damage to young people and resultant fertility problems likely to surface many years later. If the 5G rollou continues, we will get increasing densification of mobile signals which will be catastrophic.