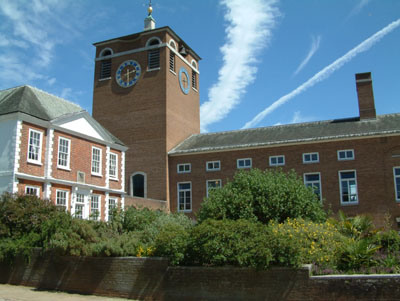 In November last year, Devon County Council were the first county in the UK to bring 5G to their Scrutiny Committee. The County Council’s Corporate Infrastructure and Regulatory Services Scrutiny Committee began investigating 5G as part of a spotlight review. People across Devon were asked for their views on 5G, as the council launched a “call for evidence” on the technology. The Devon campaign group also compiled a dossier of experts in the field which was submitted to the Scrutiny Committee as part of the review. Members of the public were then invited to meet the council for discussions. Campaigner Lucy Wyatt reports back on the day:

A week or so ago (18th Feb 2020) groups of us went down to Devon to participate in a Devon County Spotlight Review of 5G. Essentially there were several sessions throughout the day in which we could join in round table discussions on the 5G issues of cyber security, wildlife and health. Each table had a facilitator and a councillor present who asked us each in turn our view. The cynics among us could easily have dismissed it all as a PR exercise, all very Delphi technique except that….

… as our session progressed, it became apparent that something amazing is starting to happen in Devon.

Thanks to all the hard work of the Devon group (and they have been tireless in their persistence since the summer, regularly attending council meetings), several councillors indicated to us that they are now becoming really quite concerned. One councillor in particular who had been really quite difficult months earlier, has now indicated to Stop5G Devon that he is “with them in more ways than one”. Once these councillors wake up they cannot unwake.

This is a fight for democracy and freedom. As a result of our experiences with Devon County Council, my proposal is that we don’t ask for bans or moratoriums or precautionary principle or anything specific in our discussions with Councils. We ask them to work out what we should do, together as a community. They are our community representatives. These people are our best allies. They are our bulwark against tyranny from central government. They are our protection. It only needs one major county to start to question and take up the baton….

Our role is to wake them up. Ask the questions, sow the seeds, raise the doubt, present the evidence.

The message needs to be simple. And thus more effective. The simple message is that

and it doesn’t make any difference what the technology that is being used, or what the frequency is – 5G/4G any G. Anything that is exposed to a polarised, variable pulse can be damaged. It isn’t a smooth sine wave. Biological harm at below thermal levels.

The sources of that damage are anything wireless/wifi – phones, whiteboards in schools, towers, antennas, pulsed arrays, microwaves – at all parts of the non-ionising spectrum. There are then the manifestations of that exposure which are the cancers, the loss of fertility, the early on-set of dementia, the brain fog, the nosebleeds, the ADHD, the electro-sensitivity. And it affects people, children, birds, bees, trees – all living organisms.

We are already seeing the consequences of decades of exposure – which is the stalling of life expectancy in humans. It stalled in 2017 [viz the Marmot Review – published on 25th Feb 2020]. And even decline in some parts of the UK, with widening health inequalities – not surprising given that densely packed urban areas with lower incomes have more mast exposure. As well as the catastrophic disappearances of birds and insects as the electro smog expands and we get better signals on our phones.

PHE are desperately clinging to ICNIRP because the claim that harm is only from heating allows them to ignore biological harm. But ICNIRP is a house built on sand – undermined most recently by the Italian Court of Appeal in Turin in January 2020 which rejected its evidence because of conflicts of interest. We need people to understand that ICNIRP is being discredited in Europe. It has no medical authority anyway. It is just a matter of time…